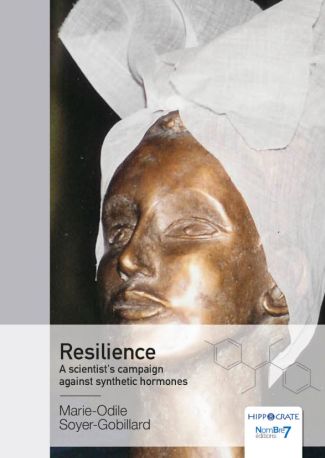 This book is a testimonial, written by a mother, internationally recognized scientist, and victim of synthetic hormones through her two children, Her recovery was possible through her fight to work scientifically to demonstrate the link between exposure in utero of children to these endocrine disruptors and the psychiatric disorders they experienced in childhood, post adolescence or adulthood.

For decades, synthetic female sex hormones have been administered to pregnant women to prevent miscarriages or for comfort, often as a cocktail (Diethylstilbestrol Distilbene® or DES + Ethinylestradiol, (even more potent than DES) with synthetic, delayed progesterone, whose mechanisms of action on the brains of children exposed in utero have just been demonstrated recently. While the effects of Distilbene® have long been recognized in terms of genital malformations, sterility and cancer, the same is not true of psychiatric disorders which can affect some of the children exposed in utero. Animal studies provide convincing data from all points of view. Recent molecular studies of the Krebs’s team of St Anne Hospital (2017) demonstrate for the first time in humans a concrete link between children's exposure to these synthetic hormones and the deleterious effects on their Central Nervous System: these are epigenetic changes in the functioning of two particular genes involved in neurodevelopment. For synthetic progesterone, its effects after in utero exposure are deleterious, whether they concern psychiatric disorders, psychosis, bipolar disorder or autism. More than ever, vigilance is required by pregnant women and their descendants toward these synthetic hormones and all endocrine disruptors, their harmful epigenetic action being a real time bomb for future generations.

Doctor of Science and cell biologist, both scientist and mother concerned by this serious public health problem, Marie-Odile Soyer-Gobillard collaborates with the Pediatric Endocrinology and Psychiatry teams of the CHRU-University of Montpellier. 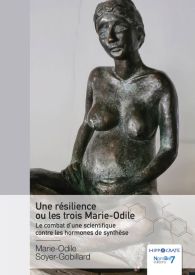